Emma arrived on the BERNICIA, 548 tons, which sailed from London, leaving on the 7th July 1848, for New Plymouth, Nelson, Wellington and Otago, where she arrived on the 12th December 1848. On board were Captain Arnold and Dr Robert Williams, surgeon, who brought his family and remained in the settlement.

The Bernicia was the 5th Emigrant ship to arrive in Dunedin, about 9 months after the first ship. The picture shows the Phillip Laing arriving at Port Chalmers on the 15th April 1848, joining the John Wickliffe which had arrived on the 23rd March, these two being the first two Emigrant ships to Dunedin.

Alexander HERDMAN married Emma BROWN on the 13th August 1868 at Spring Bank, Dunedin. They were married by the Reverend D M STUART.
Posted by AB Herdman at 06:23 No comments:

John HERDMAN and Rachel SMITH and family arrived in New Zealand in 1904.

The family came out to New Zealand on the "Karamea". It departed London on the 24th August 1904. The ship arrived, via Capetown and Hobart, at Wellington on the 17th October 1904 after an uneventful trip. It arrived in the stream at about 12.30 and was berthed at No 4 Queens Wharf about 3 o'clock. The vessel was commanded by Captain George BURTON R.N.R.

This picture shows the Karamea in Dunedin in 1904.


The family emigrated to New Zealand in 1904 (because of various illnesses and concern about the health of the remaining children). William had had several lots of pneumonia and Sarah had TB. Rachel was advised that they were unlikely to survive another winter unless they could get them away to a warmer climate. They travelled out on the S.S. Karamea. This was a Shaw Savill line ship built in 1899 and sold to Italy in 1925 and renamed the Mongioia. (During the Second World War it was seized by the USA and renamed Exterminator). Originally the plan was to go to South Africa, but they decided to go to New Zealand when they heard a local doctor was coming to New Zealand. They had intended to stay for only 2 years. However John Snr. was so ill with sea sickness on the voyage out that he refused to ever board a ship again. Not long after they arrived in Napier, John moved to Carterton for the Gas Manager's job. He was appointed Manager of the Carterton Gasworks on the 1st. August 1907. Rachel stayed in Napier. The 1908 electoral roll shows Rachel and Annie living at Napier at Dalton St, but no John as he was then in Carterton. The Wairarapa Supplementary Roll for 1908 lists Rachel and John and James Smith HERDMAN living at Belvedere St., Carterton. Rachel went back to England at some stage with John Jr. to settle their affairs in England.  They were over there for about 18 months and then came back to the hotel/boarding house she owned (Adjacent buildings at 100 and 101, Marine Parade, Napier).  It is believed she went back again to visit relatives at some later time. There is a photo of her with her sisters, so taken in England and either before the First World War, or just after it. 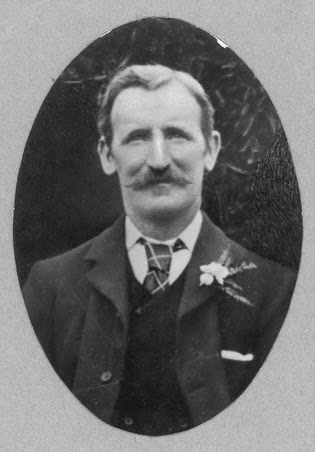